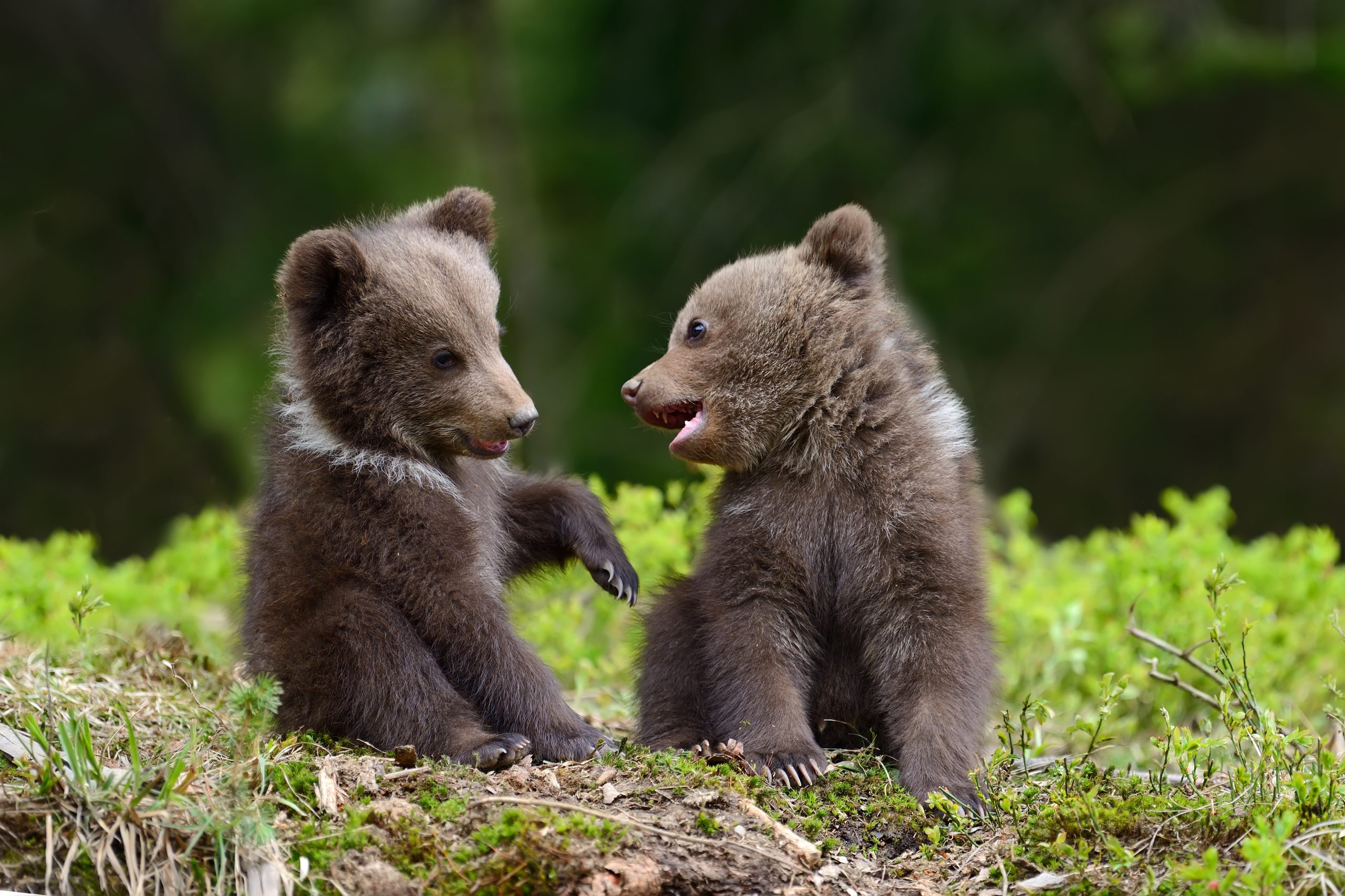 The counties that have authorized a licensed bear hunt are:

The brown bear is a protected species in Sweden. Only 2 900 bears live here.

A total of 622 bears will be killed during this year’s licensed hunt, and this is a totally unacceptable number for a red-listed animal. All in all, this means that culling, together with licensed hunting, will eliminate the Swedish bear population by 25% by 2022.

It is worth noting that the EU has stated that a take of 8% from a predator population can be considered acceptable.

The purpose of hunting:

According to the County Councils that have authorised a licenced bear hunt in 2022, the main purpose of hunting bears with a licence is to reduce the damage caused by bears to reindeer husbandry, and the belief that a reduced bear population would contribute to favourable psychosocial conditions for the human population in the counties where bears are present. A further aim is to reduce the bear population in relation to the management objectives on a county-by-county basis.

The Hunting Critics argues that Swedish licensed hunting of bears is not compatible with EU law; even if the objectives of licensed hunting could be considered acceptable, it cannot be shown that licensed hunting is an effective method of achieving these objectives. “Damage” levels have not increased proportionately with the growth of the bear population and bear “damage” may be higher in areas of low density than in areas of high density. This suggests that there is no clear relationship between numbers and densities on the one hand and the extent of bear “damage” on the other. Acceptance of bears is already high, even in areas with high bear densities, and the acceptance does not seem to have decreased with increasing bear numbers. The County Councils’ use of licensed hunting to further perpetuate the questionable activities of trophy hunters in Sweden, rhymes poorly with the increased interest in nature and the public’s belief that our magical predators are truly protected here.

Licensed hunting has become a commercial trophy hunt – our protected bears are being sold off to foreign hunters.

The Hunting Critics writes in their appeals that areas that are the natural range and habitat of the Swedish brown bear are also the least densely populated in Western Europe, with between 3 – 16 inhabitants per square kilometre. In Jämtland County, where it has been decided to kill 220 bears, the population consists of 131,418 inhabitants and the population density is 2.66 persons per km². That’s 125.8 people per bear – one bear per 47 km². The risk of encountering a bear is therefore quite small and the risk of encountering a dangerous bear even smaller. Citing human fears as a reason for killing 220 bears is irrelevant. In our appeal we have referred to “An attitude survey on large carnivores and carnivore management”, Report 2021:8, written by researchers at the Swedish University of Agricultural Sciences, SLU, and Umeå University. The report shows that 77% of the respondents in Jämtland County answered that they thought bears should be allowed to live/be found throughout Sweden.

Almost all human activities are considered more important than the protection of a strictly protected species. It is problematic that the County Councils’ starting point is that humans always are entitled to push all other species out of their natural ranges. Even humankind must be able to compromise.

The protection of Swedish fauna needs to be valued more highly than the economic interests of individual traders, who are also compensated financially and should be able to prevent and protect themselves against predator attacks.

It is perfectly reasonable to expect people to adapt their activities (of whatever kind) to the actual conditions prevailing, for example, in terms of predator abundance. Predators must be allowed to exist, and people need to adapt to them, just as we expect people in other countries to adapt to their fauna. There’s a complete lack of studies delineating the role of bears in a balanced ecosystem and biodiversity, which now is high on the EU’s environmental action plan. The Swedish County Administrative Boards are responsible for proving the extent of serious damage caused by bears (Section 7 of the Hunting Act).

The Hunting Critics is of the opinion that baiting to attract and kill bears is unethical and should be banned. Decoys of any manufacture should not be allowed. Bears should not be lured into baiting under any circumstances. Especially not after several annual reports having found illegal materials in baits as well as the fact that baiting increases opportunities for poaching.

The Hunting Critics is convinced that hunting bears with loose dogs, especially the new long-distance hunting dog breeds, should be banned. Bears are easily overheated and prone to stress – which is why the County Council’s authorisation to hunt 220 bears with loose dogs is spectacularly ruthless and brutal. We believe that these forms of hunting expose wildlife to unnecessary suffering. The hunt is therefore contrary to Section 3 of the Hunting Act.

The hunting season from 21 August to 15 October is ruthless and damaging to the entire bear population.

The Hunting Critics states that the timing of such a large-scale, nationwide hunt of as many as 620 bears is disrespectful and violates both the protection directives and the Hunting Act. Exposing so many individuals to persecution, disturbance, loose aggressive dogs and hunting during the bears’ most sensitive preparation for winter hibernation is highly unethical. The vital time for bears to store fat and feed is July to October. Behavioural changes and stress affect all bears for as long as the hunts last, and the elk hunt begins shortly after with essentially the same dogs, long after the bears have sought their rest.

Males hibernate later than females, in late October. This means that 65% of the hyperphagia period for females, and even more so for males, is disrupted by hunting and hyperactive dogs! Bears that rely on finding food during daylight hours must live on vegetables and berries during this time to gain weight. Bears must be active for 12 hours a day during the hyperphagia period to assimilate enough food, as well as to rest during the middle of the day. Most activity is at dawn and the end of the day. Bears are thus disturbed in seven counties during this sensitive time.

The County Council does not say a word about this. Nor the side effects on surviving hunted bears which have not managed to gain the body weight needed to survive the winter hibernation, which in northern ecosystems is between 5-7 months. Female bears that will give birth to cubs during hibernation and female bears with cubs should be able to store sufficient energy reserves for them as well. One might think that the indirect strategy of such severe hunting for several months and across the county will affect females overall, thus degrading a kind of #metoofemalebear.

Finally, The Hunting Critics maintains that licensed hunting is unethical – and year after year it violates the provisions of the Habitats Directive, Article 16(1)(e) on exemptions for hunting “…under strictly controlled conditions, selectively and on a limited scale.” It is evident that the Conservation Directives are overstepped every year. This applies to the County Councils’ authorisations of licenced hunting permits too, since they do not include the identification and suspension of hunting leaders/hunters from further bear hunts.

Instead, hunting companies and trophy hunters can safely count on the County Councils’ generous quotas every year.

In view of the above, the Swedish Hunting Critics Association contends that the licensed bear hunt is unethical, openly anti-animal and steeped in contempt for the life patterns of wild animals and their unequivocal right to life.