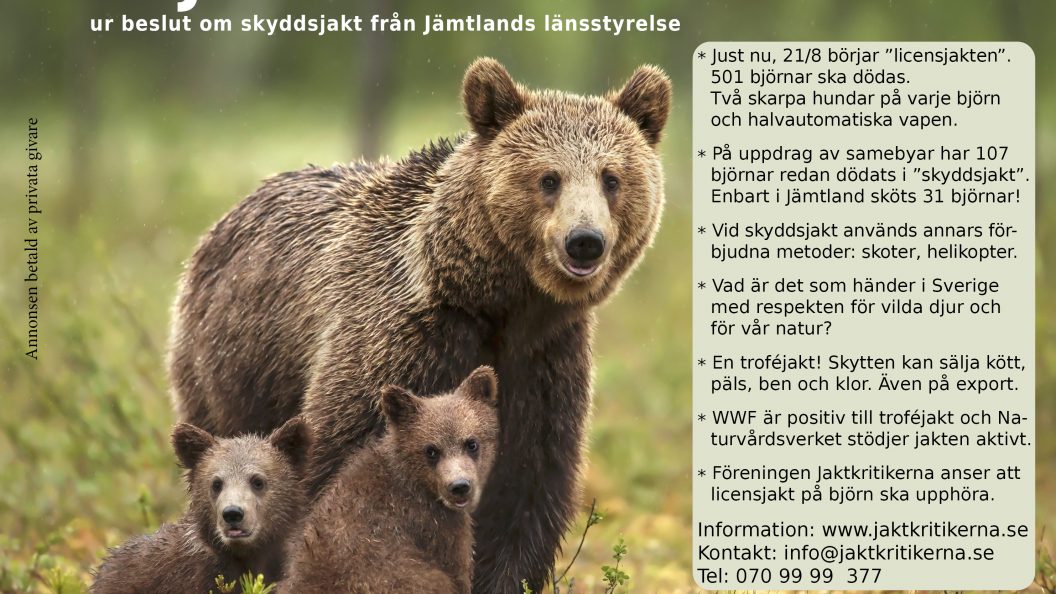 August 11, 2021 TROPHY HUNTING in Sweden: Starting August 21st, more than 500 brown bears will be killed before their annual hibernation.

The European Commission and the international animal protection community must address Sweden’s repetitive violation of the Habitats Directive and ban the unethical trophy hunting of large carnivores that is escalating in Sweden.

Trophy hunting is increasing globally and so in Sweden. Hunting is putting the survival of all large predators in serious jeopardy. Despite this, the Swedish Environmental Protection Agency (EPA)1 , is increasing the quota every year for legal trophy hunting. Since year 2000 nearly 7 000 bears, lynxes, wolves and wolverines have been killed legally. In the first half of 2021 alone, permits have already been issued for killing more than 720 predators in Sweden.

The cruel and unethical trophy hunting used by the Swedish EPA to regulate the populations, is against the aim and purpose of the EU Species and Habitats Directive (92/43/EEC). Sweden is blatantly abusing these strict laws for protection by customizing its own national loop holes and practicing uninhibited interpretation of the exception rules for limited hunting to entertain the trophy hunting industry